The second of February saw me on the train heading south to start a tour in Birmingham. GAU has been in Birmingham before and we were happy to return to this great city.

Birmingham is a sprawling city with the usual city problems however GAU has always been welcomed with warmth and compassion. Birmingham is actually responsible for GAU and the school’s tours. The first school I ever visited was in Birmingham, and it was there that I realised how important it was to speak to the leaders of tomorrow, our youth.

The students, staff and teachers of all the schools we visited received us so well. At every school the students were silent and so engaged in the story of what happened to my brother and my family. After every presentation there was students who came up and asked questions. I had some great discussions with the students of Birmingham and some really good questions. 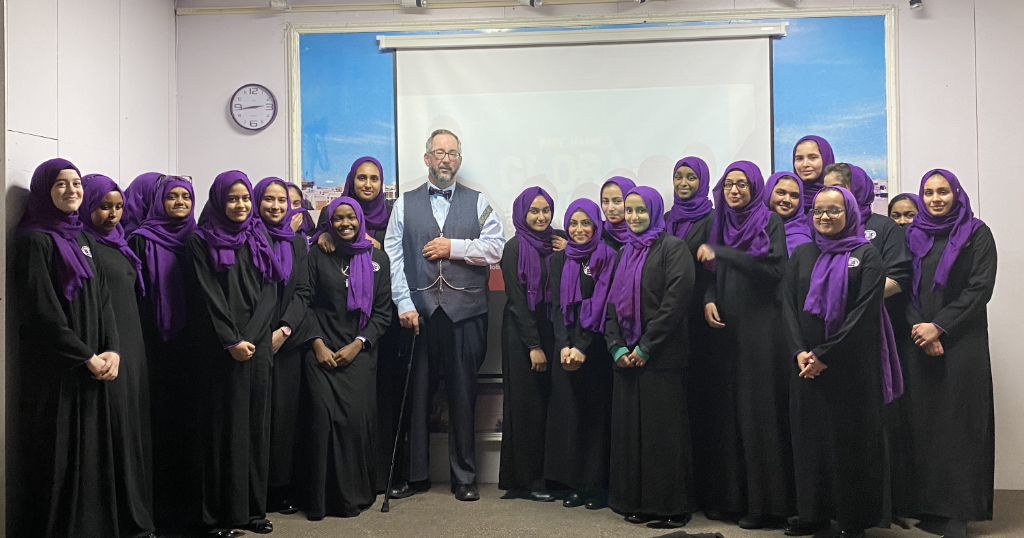 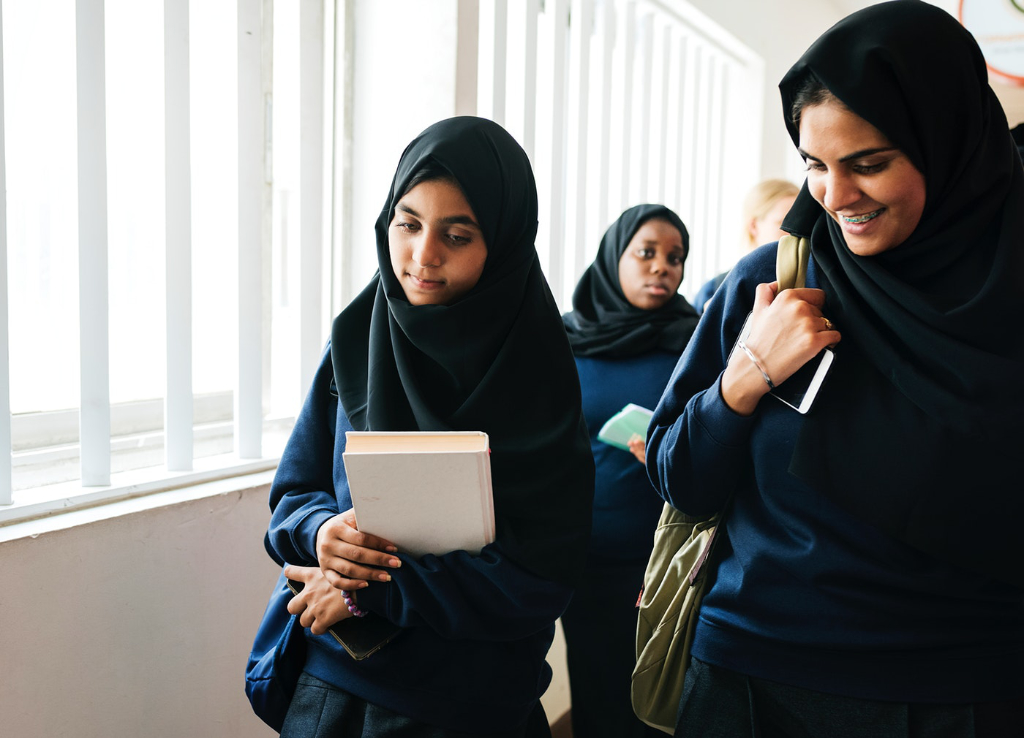 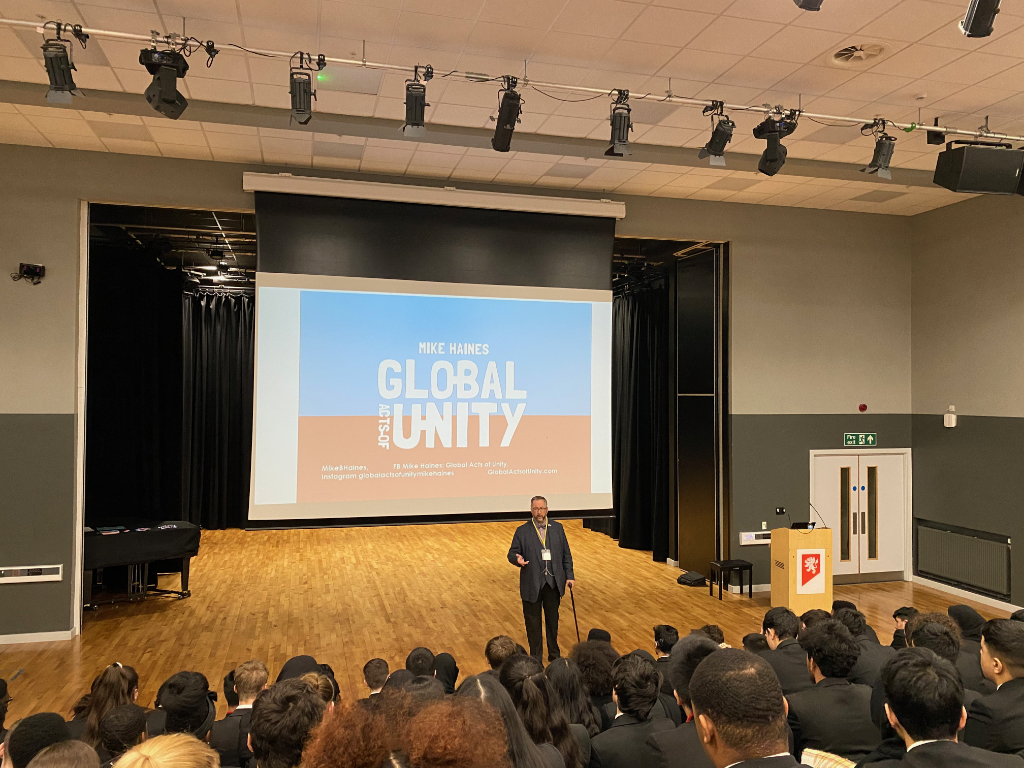 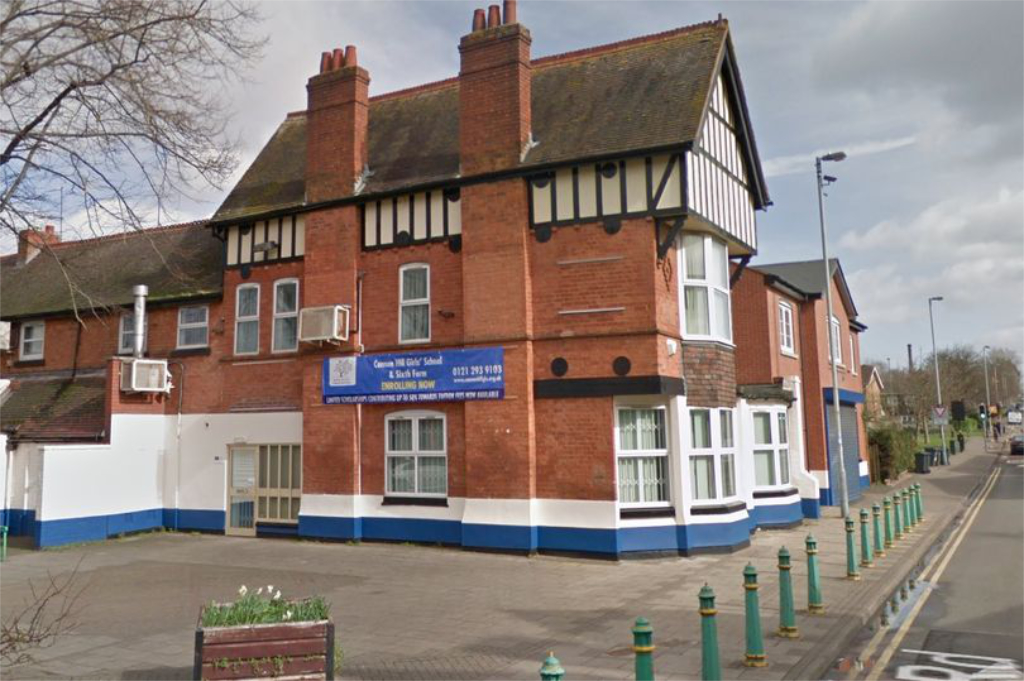 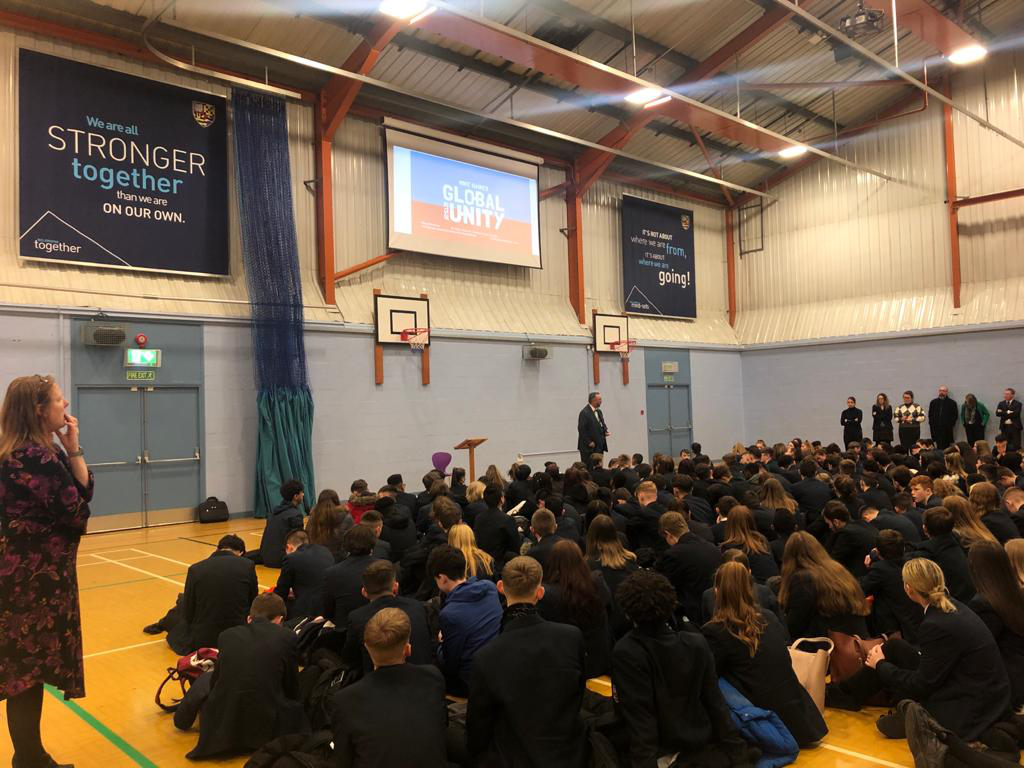 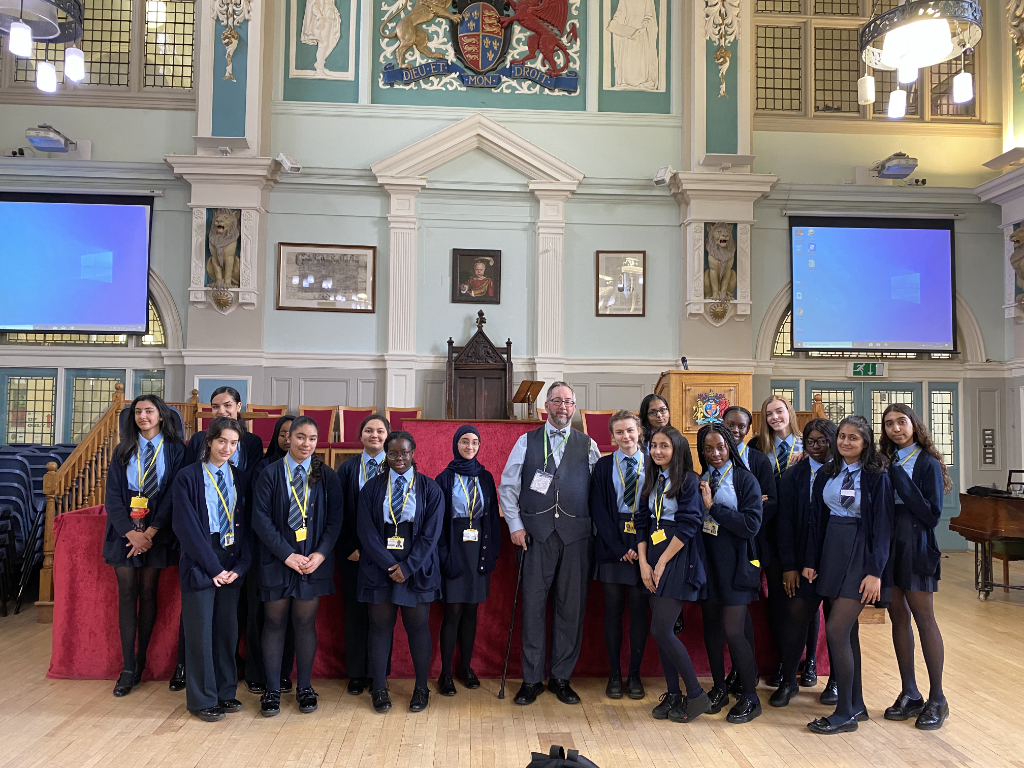 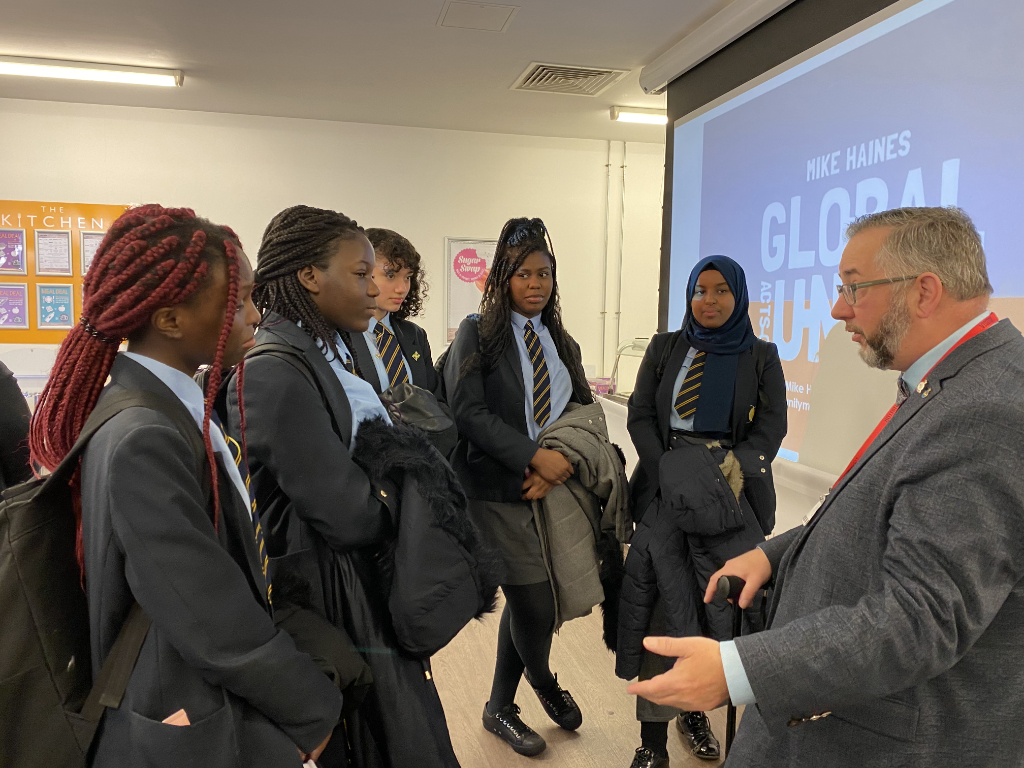 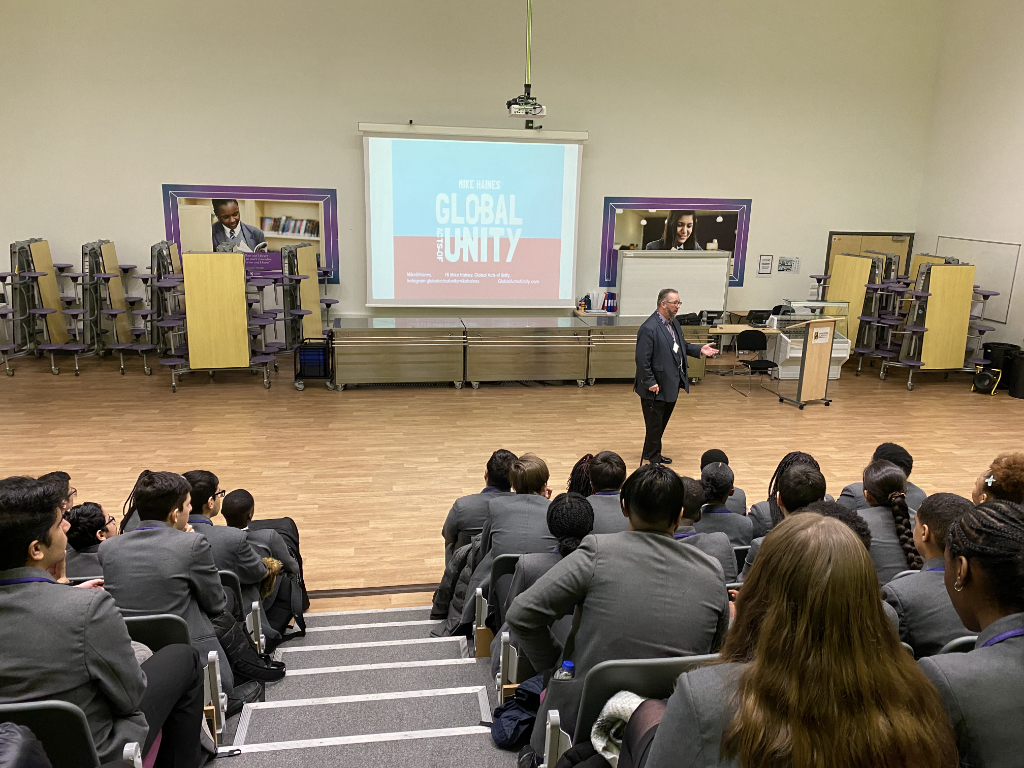 On the 12th of February we were back at the University of Birmingham School with a film crew. We were making a film about Global Acts of University, (it sounds much more interesting than it actually was).

On the 12th when we were doing the filming, I experienced a real pain in my side. I ended up later that night phoning NHS24 who got me in to see a Doctor. Long story short I got admitted to hospital and ended up getting an operation on the 14th. My wife drove down from Dundee and we returned home on the 16th. It was not the ending I had planned to this leg of the tour.

For the first time since GAU began we had to cancel schools. It was a very hard decision to make but turning up to a school in a hospital gown was not an option. I apologise unreservedly to the schools and venues we had to cancel.

Although the tour ended up with an emergency operation, our visit to Birmingham has been such a great success. This city is a hustling, bustling melting pot of cultures, colours and faiths. There is such a great vibe to this wonderful city, its students, staff and teachers. I am really looking forward to my return in a few weeks’ time.

Coventry a Braw City.
Excited about Coventry. Global Acts of Unity has never been to Coventry before, I personally hadn’t been since I was…
Read more

GAU Back In Bradford.
Always a Pleasure to be in Bradford. As my readers will know I was down in Bradford helping launch the Bradford…
Read more

GAU Back In Manchester
Happy to Be Back. After nine months or so Global Acts of Unity was back in Manchester. We were visiting schools from…
Read more